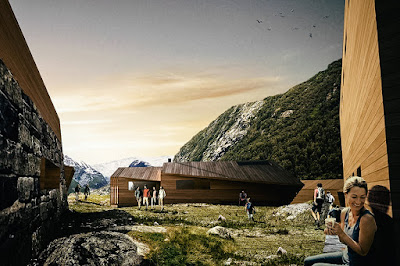 In the New World, what kind of house will you live in?

This has always been an interesting question for me to ponder, and for a variety of reasons. First, as someone who appreciates design and architecture, I often wonder how our homes will look on the other side of Armageddon. It’s likely, I suppose, that in the beginning we’ll build homes with standardized designs. This will make things somewhat more efficient. (It’s also possible that we’ll use modular construction methods, similar to what we’re seeing with recent branch and Kingdom Hall construction.) But as times moves onward, I’d expect to see more creative and innovative home and structural designs.

Secondly, I often wonder about what methods and materials we’ll use to build our homes. In preparation for writing All Things New, one of the research topics that I really delved into was eco-friendly architecture and construction methods. There are some really amazing things being developed these days, and I suspect that some of them may carry on into the future. I thought I’d write about them here in a post, and share some of the images that I think could be glimpses into our future homes.

Bioconcrete
Concrete is the world’s most popular building material, and for good reason. It can be made easily, formed into all sorts of imaginative shapes, and, if maintained properly, can last for decades. But even concrete is no match for the natural elements. Eventually, with enough exposure to moisture, cracks will form along its surfaces, leading to corrosion.

Henk Jonkers, a microbiologist of the Delft University of Technology in the Netherlands, believes he may have a solution to this problem–bioconcrete. 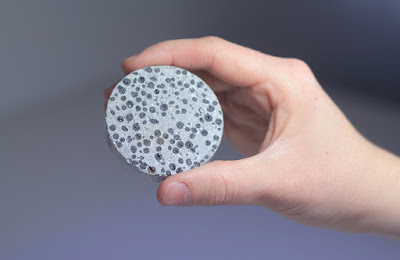 Bioconcrete is mixed just like regular concrete, but contains an extra ingredient, a special bacteria. The bacteria lies dormant in the dried concrete structure until cracks form over time, exposing the inside of the concrete to water, which breaks open biodegradable plastic capsules containing calcium lactate, the “food” that the bacteria needs to feed on. As the bacteria germinates, it feeds on the lactate, combines with the calcium, and forms limestone, binding the concrete back together.

So, theoretically, we could use bioconcrete or something like it to create structures requiring little maintenance that could last for centuries. Cool, huh?

Solar Paths & Roads
We’ve drilled the Earth for gases, oils, and minerals, much of it in the name of satisfying our need for energy. The result, as we all know, has been untold harm to ourselves and the Earth itself. We’ll need to find a solution to this problem, and it might be solar power. It’s free, clean, and available practically everywhere. The problem, however, has always been surface area.

The reason we don’t see things like solar cars, motorcycles, and planes at the consumer level is that the amount of space needed to soak up enough energy from the sun’s rays is usually much larger than the thing needing to be powered. (As an example, Solar Impulse 2, the plane that recently embarked on a trans-continental flight relying solely on its solar-chargeable batteries for power, had to be designed with a wingspan of 236 feet to accommodate the unwieldy solar panels, and it can only carry a single pilot. By contrast, an Airbus A380, which relies on jet fuel, has about the same wingspan, but flies six times faster and can carry about 500 people.) 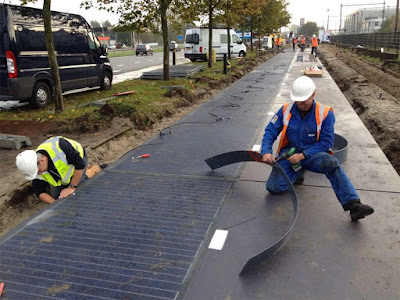 Of course, I’d imagine that with time, solar panels will become smaller, more efficient, and easier to produce. But one interesting solution we may see in the New World are solar paths and roadways. Instead of climbing onto our grooves to install solar panels, the panels would be on the ground. Potentially, we could build a house anywhere along the roadway and “plug in”. Voila! Instant, free energy. Other benefits? Imagine roads with built-in LEDs, which would light up when you walked along them at night, or sensors built into the panels to give warning signals regarding road dangers up ahead. A cool idea indeed.

The only problem? With current technology, manufacturing solar panels requires toxic chemicals and other polluting factors.


Organically-Shaped Pipes
A tremendous amount of electricity is spent on water pumps. Pumps must work especially hard getting water to travel up to the top floors of high-rise apartment buildings, but the energy is wasted in other ways, too. One of those has to do with the current design of pipes.


Computers and machines tend to favor straight lines. Mathematically, they are easier to work with and produce. As a result, the machines we build are often based on boxes and rectangles. However, in actual physical application, things with curves tend to perform much better. (Think aero/hydrodynamics) As time goes on, many of the physical things we use (cars, airplanes, and even clothing), have begun to take on more organic, natural shapes. But other things are still stuck in the rigid ways of harsh angles and straight lines. Pipes are an example of this.


At first glance, this may not seem like much of a problem. After all, pipes turning at right angles make things much easier for architects and manufacturers (again, the math is simpler this way). However, much energy is lost as the water is forced to turn at sharp angles. This also puts extra strain on the pipes themselves.

By contrast, the branches and stems of trees never grow at right angles. The degree is much slighter, which maximizes the efficiency of the energy spent in getting the water to move. This is a engineering element that I hope to see eventually implemented in our New World pipes.

Harmonious Architecture
This one deals less with the technical aspects of building and more with its aesthetics. Recently, I had the opportunity to talk with one of the project overseers at Warwick, who offered all sorts of insights into the building processes being used there. There were lots of amazing details, but one that really stood out to me was the decision made to build much of the furniture used in the Bethel apartments from the lumber cleared from the original site.

How smart is that? Instead of selling the trees to some lumber company and having them hauled off, why not turn it into something useful on-site? It only makes sense that this is how we’ll build in the New World, as well. Less waste, with much focus made on reuse and recycling.

I would imagine, too, that this will eventually be reflected in the architecture itself. Homes will complement their environments in terms of materials used, colors, and styles. It’s an exciting thing to think about, and for me, makes the New World that much more real. Check out the images below for some neat examples of what future architecture may look like… 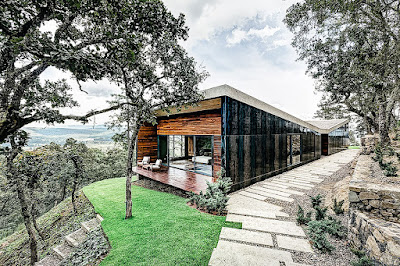 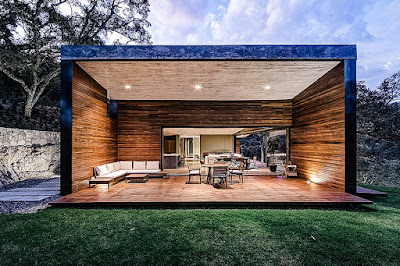 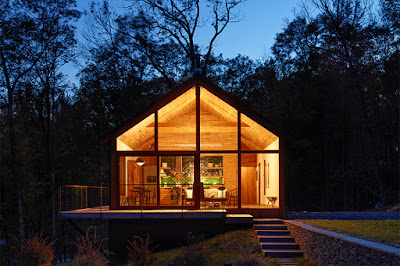 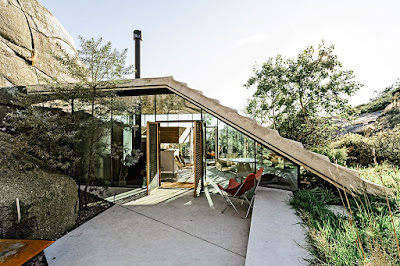 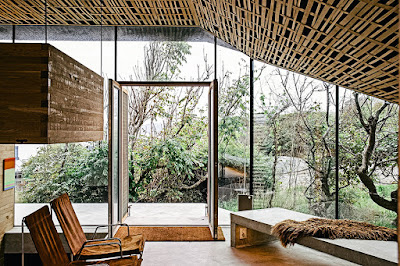 Hi, I'm EK Jonathan and I write stories for Witnesses. I focus on events in the near future and try to portray things in a way that stimulates my readers' imaginations. You can read and download my published work at the links listed below. 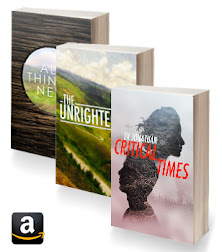